We Have It Set To Muffins

This is an awesome "chicken pot pie" recipe:

Has a lot of tasty affordable meals.
Top

She's got a book coming out or out now; I am too lazy to check Amazon.
Top

Eli wrote:She's got a book coming out or out now; I am too lazy to check Amazon.

Its out, I can post a copy if people want it.
Top

So although I suck at both photography and cooking, I thought I would share one of my favourite soup recipes. I can cook two things well: this soup, and my roasted red pepper soup. It's too hot for the latter, so I made the former tonight.

First, you need some mushrooms. Like, a fuckton of mushrooms. Sliced as thin as possible. 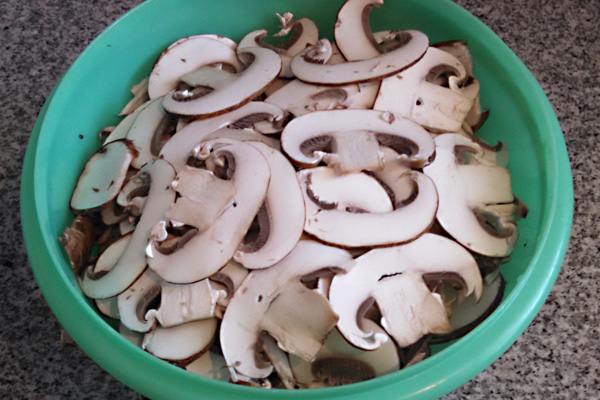 White mushrooms look fanciest if you care about how your food looks, but Italian Browns really give it the richest flavour, so I use those.

Then some green onions. I also like these motherfuckers thin. I've also done this with shallots; those are also delicious in this soup. 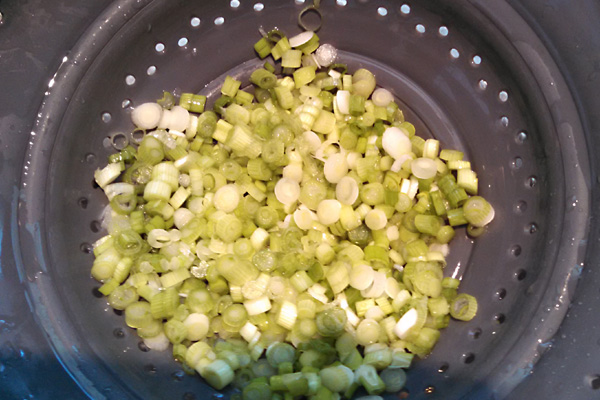 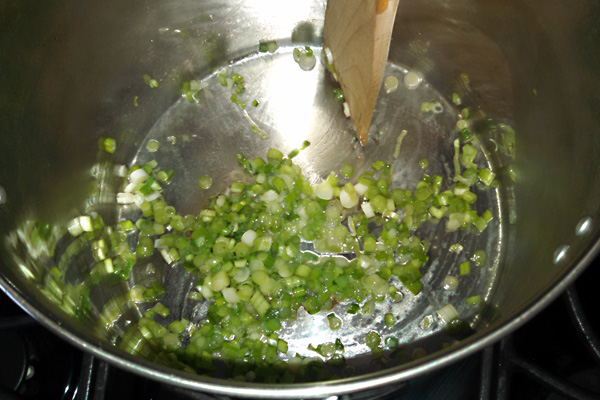 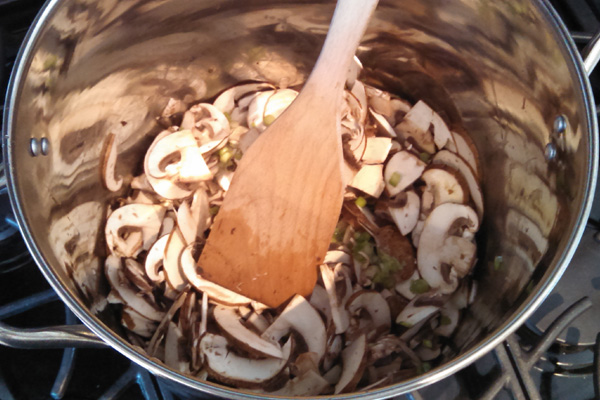 I drizzle a little olive oil in there and mix thoroughly.

Then you should add chicken stock. Obviously homemade stock is best but if you're lazy like me, the boxes Swanson broth still comes out pretty damn good. I throw in a couple bay leaves, too. You can make this vegetarian/vegan, but the veggie broth just doesn't end up as rich. Anyway, fill up your stockpot with however much soup you want to make and bring to a boil. Once it reaches boiling, I turn it down and let it simmer for awhile.

Meanwhile, cook some chicken. Don't do this step if you're making this vegetarian, since chicken is made of meat. 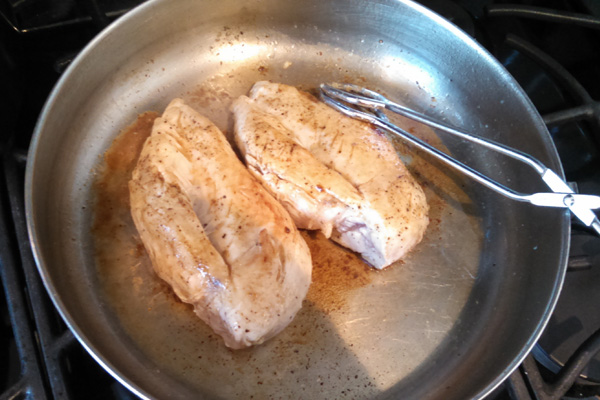 When it's cooked, cut it up into bitesized pieces and set aside. 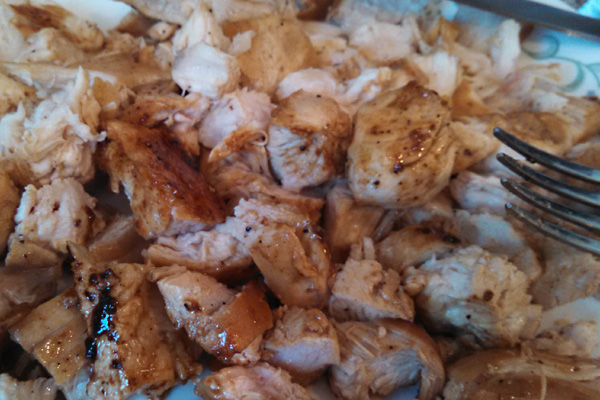 Now you should also chop up some parsley. Flat-leaf is best, but I killed all mine and only the curly kind is still growing, so I used that. Also I added some chives because my garden is chivecity right now. So many chives. 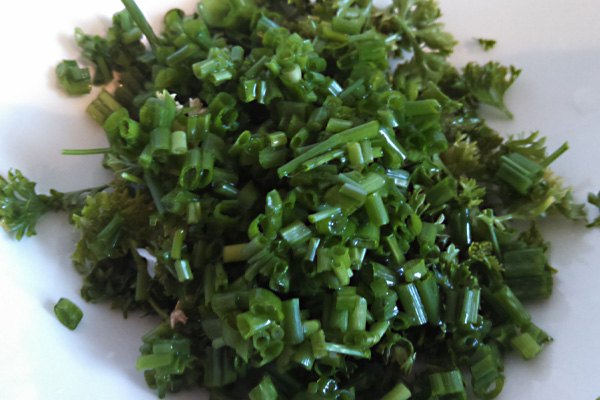 Now back to the soup. It has been simmering for awhile now. Bring it back to a boil, then add whatever kind of pasta you like. I like this kind:

But this soup is typically made with chicken stars. Those are also good. But you want a really light soup pasta; you don't want to do big noodles or anything like that. THIS IS A MOTHERFUCKING DELICATE SOUP OKAY.

Cook however long you need to to make the pasta not crunchy.

Once that is done, put in some dry white wine. How much white wine? GLUG GLUG GLUG GLUG GLUG! Really, this soup tastes great with it, so even if you hate wine, I recommend being generous with it. I maybe add 1 part wine for every 4-5 parts stock, which is a lot of fucking wine. I don't even like wine. 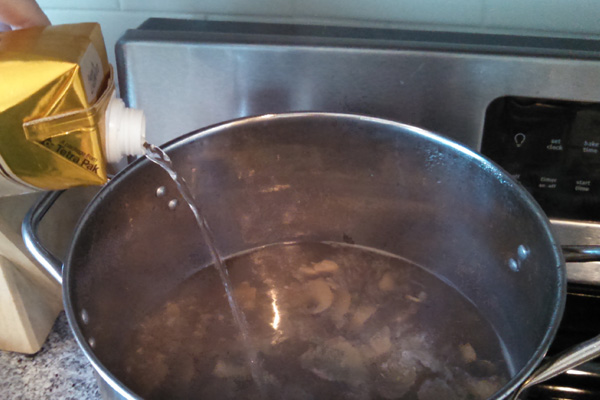 Stir in your parsley. And your chives, if you're doing that. Also the chicken. 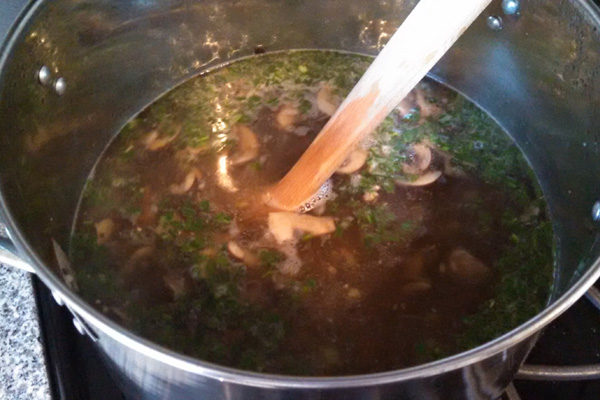 Now is a good time to season to taste, too. I just do salt (so much delicious salt), fresh cracked black pepper, and a little bit of fresh lemon thyme, because when I went outside to pick my parsley and chives, it smelled good. REASON ENOUGH FOR ME. This doesn't need a lot of spices.

Anyway, bring it all back to a simmer until its all heated through and the wine is cooked off enough to not make you drunk on your soup.

Put into bowl, shovel in face. 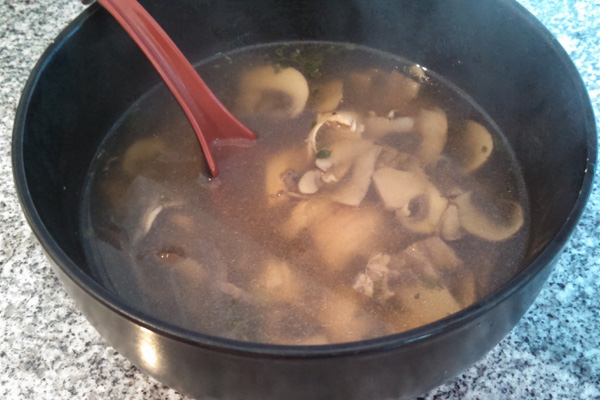 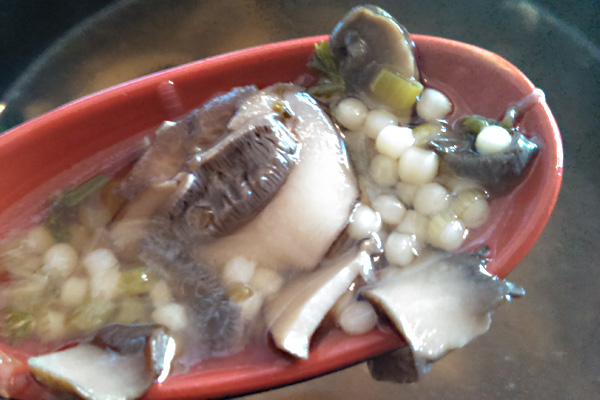 (the actual recipe itself is probably somewhere in this thread)

1. Chop off stems from cauliflower and pulse in blender or food processor until it is tiny bits. If you're using onions and parsley, put it in there too.
2. Microwave the results for like 5 minutes just to get it tender.
3. Squeeze out as much of the liquid as you can. I used a ricer but you can use cheesecloth or paper towels or whatever. It's worth spending a little extra time on this step to get them as dry as possible, do it twice if you have to.
4. Mix everything together (veggies, cheese, egg, breadcrumbs). Salt and pepper the hell out of it. I also added garlic powder and dried italian herbs. Cauliflower is bland as fuck otherwise so don't skimp.
5. Squeeze into "tot" shapes. I actually made them flat on each side for easier flipping and more browning instead of tot-shaped. LIVE LIFE ON THE EDGE.
6. Oven at 450, bake for like 13 minutes, flip them over and then bake for 13 more. You can do longer if you want them crispy or browner.
7. Lady who gave me the recipe recommended air frying and hers looked amazing that way but I don't have an air fryer so I baked.

According to my recipe calculator, the entire thing is like 350 calories total so I ate half the tray without too much guilt.